Our mission is to systematically ‘mind the gap’ between where you are now and where you need to be to achieve your dreams of financial independence. Put simply, we strive to help you dream freely.

2 – How much can I sustainably live on?

Every client is given access to our Retirement Income Management System, or RIMS, which provides a point-in-time analysis to ‘mind the gap’ between where you are now and where you need to be so you can retire.  As you approach your retirement date, we will generate an Annual Income Plan to give you a detailed picture of how your portfolio meets your income needs.

There is no magic silver bullet for achieving financial independence. It’s just not the way the investment world works. At Opus 111, we are constantly learning and challenging our own thinking, as well as the conventional thinking out there that parades around as ‘conventional wisdom.’ We’ll tell you the truth whether we think you want to hear it or not. We don’t ‘pretend-away’ the inherent volatility of markets—we help you structure portfolios that are more resilient and functionally sound so you can take advantage of the poor decisions of others, just like some of the world’s greatest investors. 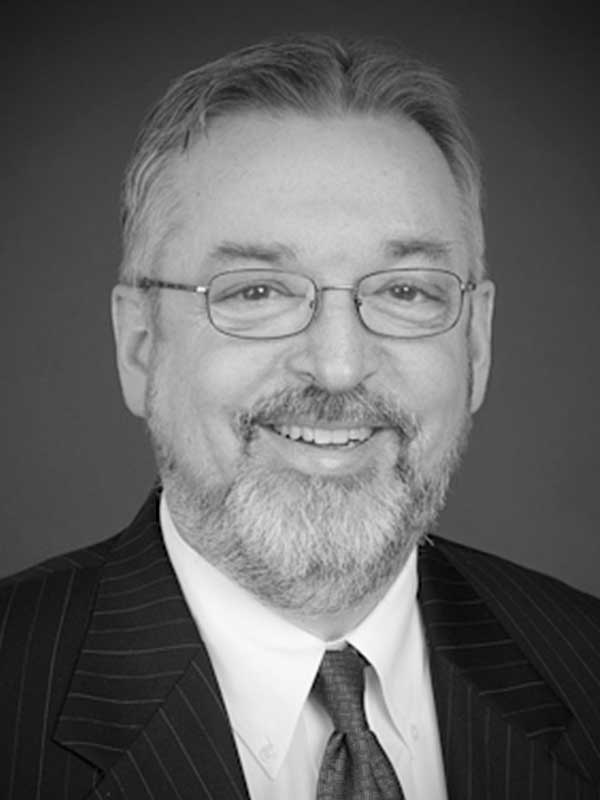 Connection to Pacific Northwest, California & Alaska Jim is the President and Founder of Opus 111 Group, a Seattle-based wealth management company, with decades of expertise and experience.  His long-standing connection to Alaska dates back to the early 1980s when he entered the financial services business with Foster & Marshall/American Express in Anchorage in 1983.  Jim’s clientele also has a distinctive Northwest & West Coast feel—with clients in maritime and fishing industries including gillnetters, drift netters, processors, marine pilots, & captains, telecommunications, technology and fisheries executives ranging from the Bay Area up to the northern regions of Alaska. Since moving to Seattle in the Fall of 1985, Jim has continued to travel up and down the West Coast from California to Alaska several times each year since to meet with his clients.  In addition, he has served on non-profit Boards in Seattle and in Alaska for the Prince William Sounds Science Center in Cordova, retiring as the Chairman of the Board in 2013.  In Seattle, Jim served as the Co-Chair of the Alaska Business Forum of the Seattle Metropolitan Chamber of Commerce for two years and retiring in 2016.  He has been a regular contributor to Pacific Fishing Magazine, writing columns on subjects of investment and financial planning value to their readers.

Professional Background Jim has been a portfolio manager and an investment consultant since beginning his career with Foster & Marshall American Express in Anchorage, Alaska in 1983.  He relocated to Seattle in 1985 with Shearson Lehman American Express and joined his mentor in early 1989, John MacKenzie, who formed a regional brokerage and investment banking firm called Ragen MacKenzie, Inc.  Jim left as a Senior Vice President there after 10½ years when he formed Opus 111 Group in July of 1999. Jim earned the designation of Certified Investment Management Analyst (CIMA®) in 2004, following coursework and an examination at The Wharton School of Business at the University of Pennsylvania through the Investment Management Consultants Association (IMCA). He has lectured as a Practitioner Faculty for IMCA’s CIMA® program on Manager Search and Selection and Investment Policy Statement preparation at the Haas School of Business at the University of California, Berkeley, and the Wharton School at the University of Pennsylvania since 2006. In March of 2004, Jim also completed IMCA’s Wealth Management Certificate program and earned the Certified Private Wealth Advisor (CPWA®) designation. In June of 2006, he completed the Foundations and Endowments Certificate Program offered by IMCA. In April of 2013, he completed the Advanced Investment Strategist Certificate Program in Portfolio Risk Management.  In 2016, Jim completed the Advanced Behavioral Finance Certificate Program offered by IMCA to better understand the behavioral decision-making challenges that all clients face. Jim is currently registered to offer securities and advisory services through Commonwealth Financial Network, Member FINRA/SIPC, a Registered Investment Adviser.

Jim continues to be deeply involved with IMCA, which changed its name in 2017 to the Investments and Wealth InstituteTM .    Jim has lectured for IMCA in Vancouver, British Columbia, Vail, CO and nationwide on the web.  In the past, Jim has served IMCA as a member of the Wealth Management Committee of the Board, the National Practice Management Committee, the CIMA® Practice Analysis Task Force, the CPWA® Job Task Analysis Task Force and the IMCA’s Professional Review Board. Jim has written articles on Charitable Remainder Trusts (CRTs) and Practice Transition, which have appeared in Registered Representative Magazine, the leading magazine for retail stockbrokers and numerous columns for Pacific Fishing magazine on various wealth management topics.  Jim also gives workshops on compensatory stock options and hedging and monetization strategies for high net-worth executives and for companies, including Microsoft Corporation.

Personal and Civic Background Jim has served as the Chairman of the Board of Directors and Executive Committees of the Prince William Sound Science Center, the Seattle Alliance for Education and the University of Washington Husky Tyee Sports Council.  Jim graduated from Swarthmore College in 1978 and did graduate work in Forest Economics and Finance at the University of Washington. At Swarthmore, he lettered all four years as the starting goalkeeper and Co-Captain his senior year of the varsity soccer team, which won two Middle Atlantic Coast (MAC) Conference championships and was the starting goalkeeper as a freshman in the first NCAA Division III Men’s National Championship game in 1974.  He was a 3-time All-Middle Atlantic Coast Conference  All Star during his four years.  He was the head counselor for four years at the National Goalkeeper Camp at the University of Rhode Island for Geza Henni—the legendary Hungarian National Goalkeeper from the 1950s.  He also ran the Swarthmore College student union for two years and was a Rhodes Scholarship Finalist from his native state of Vermont. Jim’s love of soccer continues as he has been a high-level coach with a National ‘C’ License from USSF and has coached from the ‘mod’ level through Olympic Development Program, premier and Kingco 4A high school level.  He is currently a Grade 7 USSF Soccer referee for High School, and premier and regional games. Jim lives in Seattle and is the father of three grown children.  He enjoys cabinet making, fly fishing, golf, tennis.  He also enjoys long-distance bicycling events and has completed the STP (Seattle-to-Portland) and RSVP (Ride-From-Seattle-to Vancouver & Party) sponsored by the Cascade Bicycle Club in the Pacific Northwest. Jim is an accomplished classical pianist, having attended the National Music Camp in Interlocken, Michigan as a 10-year old and having performed solo recitals and concertos with orchestras in high school and college.

Opus 111 Group is named after Beethoven’s last piano sonata, Opus 111, #32—which he wrote completely deaf, five years before his death in 1827.  In that piece, Beethoven had a vision of ragtime jazz about 70 years before it became popular. 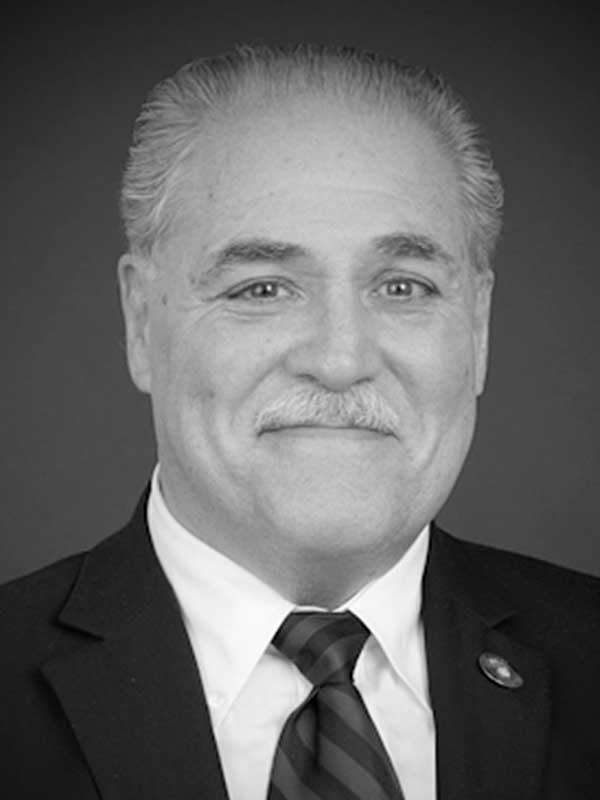 Michael Maehl (pronounced ‘mail’) is originally from Chicago, graduating from Northern Illinois University in 1967. In 1968, he enlisted in the US Marine Corps Officer Candidate program, ultimately serving in Vietnam as an infantry platoon commander all over Northern I Corps.  He remained in the reserves until 1977, leaving with a final rank of Captain. Michael’s investment career began in 1973. After his initial training period in New York City, he returned to Chicago where he served individual and business clients until he and his family moved to Anchorage in 1982. In 1984, he became manager of the Shearson Lehman Brothers branch office in Anchorage. He remained there until May 1993, when he was recruited by Smith Barney to become the branch manager for offices in Washington State.

In March 2008, Michael left UBS to join Opus 111 Group as a Senior Vice President and head of its Spokane office. Mr. Maehl has always been active in the communities where he has lived and worked. Here in Spokane, he is a graduate of Leadership Spokane, Class of 1999, and a life member of the Marine Corps League, the Spokane Parks Foundation Finance Committee, the Consulting Professionals Network and Operation Spokane Heroes, is a past-President of the Spokane Valley Rotary, He is currently serving as an Honorary Commander of the 141st Air Refueling Wing at Fairchild AFB in Spokane.

He hosts a live weekly hour-long call-in program on investing, the markets and the economy on KXLY on Saturdays at 11am called ‘Money Management’.  Mr. Maehl’s wife of 32 years, Diane, is a professional photographer (www.dianemaehl.com).  Their daughter is a graphic artist in Seattle, and their son served with the National Guard in Afghanistan. Mr. Maehl enjoys photography, travel, reading, and riding his bicycle on long treks around the Pacific Northwest. 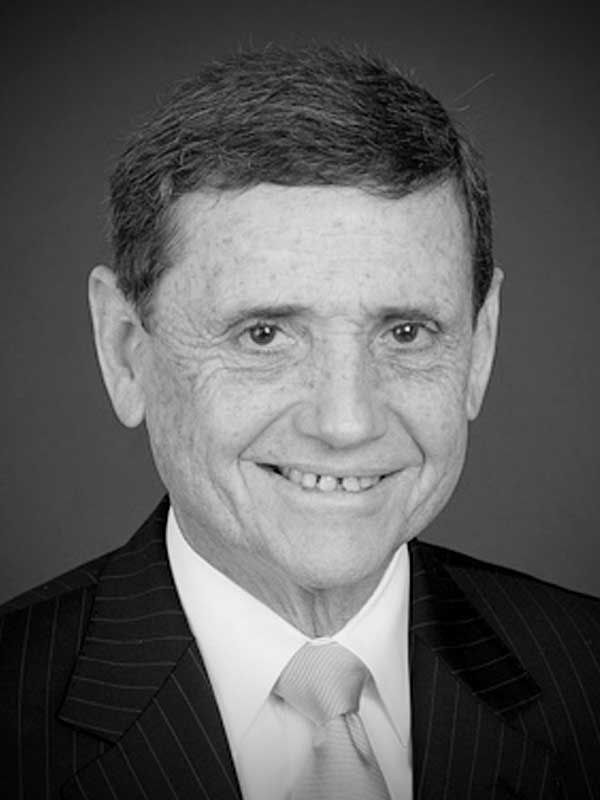 Bill became involved in the securities and insurance industry as a Financial Planner with Waddell & Reed in 1973. In 1975, he joined with two of his colleagues to open the Bremerton, WA office of Foster & Marshall Inc. as a broker and assistant manager. His most recent wholesaling affiliation prior to joining Opus 111 Group in 2012 was as a Senior Vice President for John Hancock provided information regarding mutual funds, annuities, and 529 college savings programs. 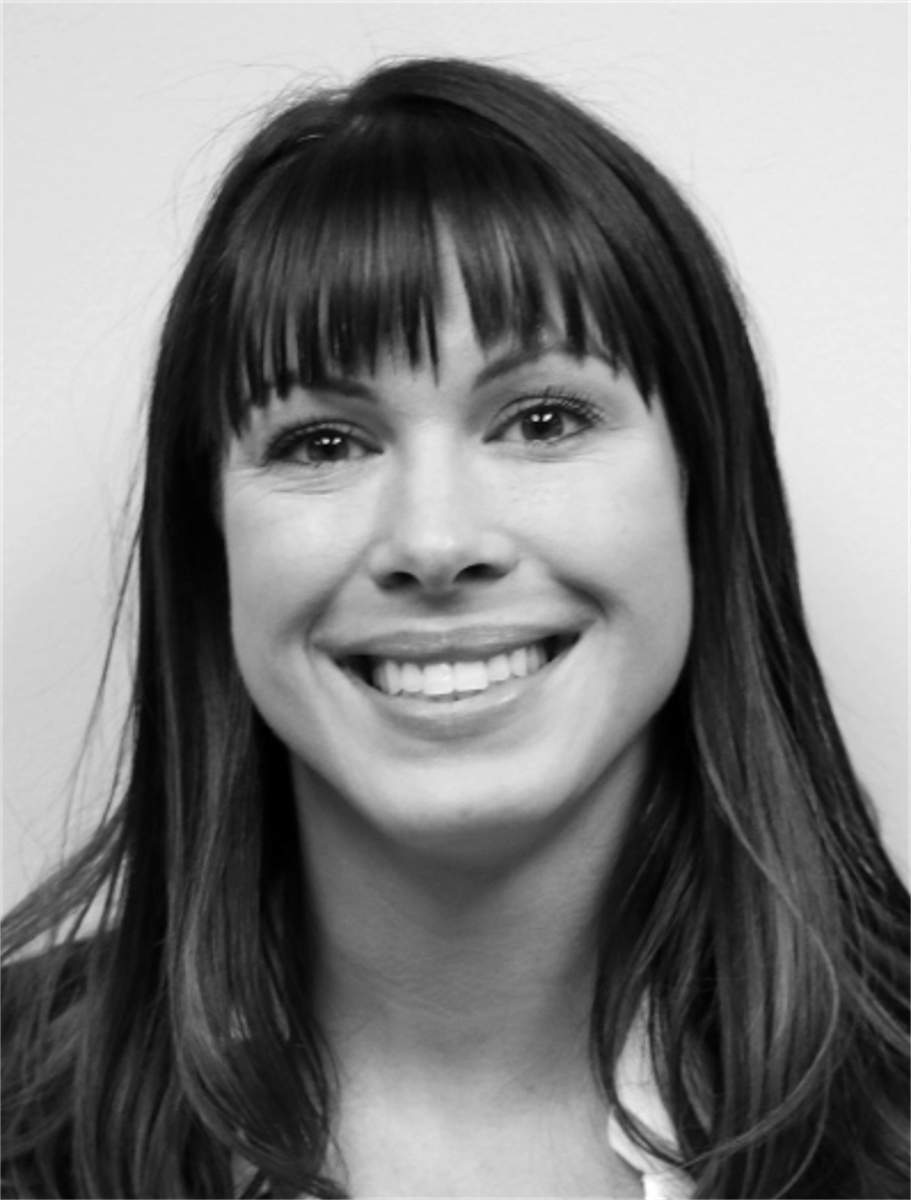 Katie is one of those rarest of Northwest residents that was born, raised and still lives in the Seattle area.  As part of her migration to our downtown offices, Katie grew up in the south end and attended South Seattle Community College. Katie honed her service and people skills over the course of 10 years in the restaurant industry and her multi-tasking skills are put to the test daily. She’s the one on the front lines and is the friendly voice greeting you on the phone when you call our Seattle offices. While scheduling meetings, completing paperwork or reviewing the details of a transaction, whatever a client needs, Katie is ready to expedite that request. 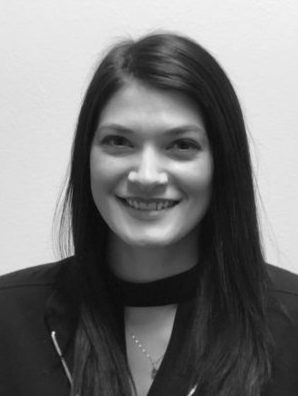 Emily, the newest member of our Opus 111 Group team, was born and raised in a small town near Youngstown, Ohio. At age 23, she graduated Bowling Green State University with a Master’s Degree in economics and moved to Seattle. Before joining the Opus team, she interned at Swigel Capital Management, gaining her experience in machine learning by creating economic models for various exchange-traded funds and predicting future directions of those funds. When weekends arrive, she enjoys being out in the great Pacific Northwest with her dog, hiking or spending time with friends. She was an assistant varsity tennis coach at a Seattle high school but had to forfeit coaching this year due to time restrictions. 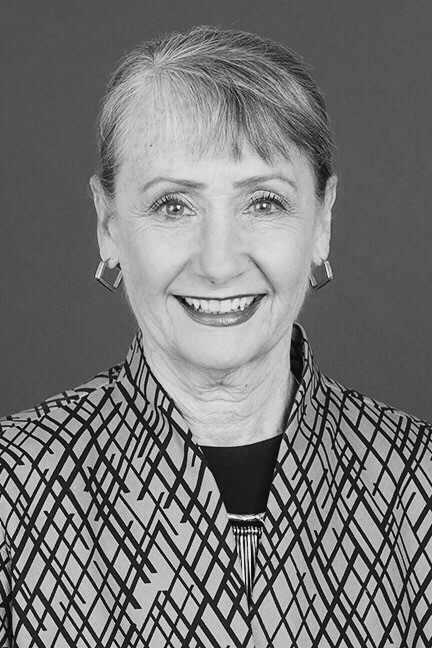 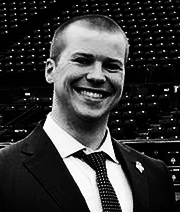 “We are very excited to add Andrew and his skillset to the resources we offer our Opus 111 Group Clients. I feel like I’ve known him all of my life.”– Jim Harvey A safe statement since Andrew is the son of Opus 111 Group founder, Jim Harvey. This is not the first time they have worked together. Jim and Andrew regularly broadcast college soccer matches for Seattle University, Seattle Pacific and University of Washington with Andrew as the play-by-play announcer and Jim as the color analyst. For the past five years, Andrew has worked as a sportswriter and broadcaster, primarily covering professional and collegiate soccer in the Pacific Northwest. Andrew has also been the play-by-play announcer for 10 games over the past 3 years for the Seattle Sounders on their radio broadcasts on KJR Sportsradio 950am.